While most Americans are at least vaguely familiar with the topic of security clearances — largely thanks to the popularity of government-themed TV shows and spy thrillers — there are many more details involved in the security clearance process that remain poorly understood.... 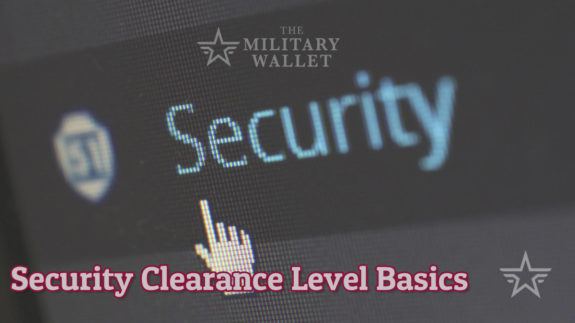 What Is a Security Clearance?

The security clearance process requires a comprehensive, (at times) lengthy investigation led by the Defense Counterintelligence and Security Agency, which operates under the Department of Defense and conducts approximately 95% of the U.S. federal government’s background investigations. After an initial interview and background investigation, an adjudication process takes place to determine a candidate’s eligibility to access sensitive or classified information.

One commonly misconstrued concept is that “having clearance” enables an individual to access any type of sensitive information. This is untrue: in addition to having the appropriate level of security clearance, individuals must possess sufficient “need-to-know”, meaning that they are unable to perform their jobs without access to certain sensitive information.

In order to regulate who has access to sensitive information (and for how long), security clearances are organized by three levels:

The highest security clearance level is Top Secret, and Confidential is the lowest. The differences between the three levels are the extent to which disclosure of the protected information could threaten national security.

In order to access information marked SCI or SAP, an individual would need not only a security clearance at the appropriate level, but also a codeword to access that “compartment” of information.

Security clearance levels are reciprocal across the federal government landscape and are not unique to any one department or agency with the exception of the Department of Energy, which has two clearance levels: “Q” and “L.”

Your job doesn’t feel “cool” enough to need a clearance? Some jobs require security clearances because of the amount of Personally Identifiable Information (PII) involved, even if their “need-to-know” related to military operations is low.

Security clearances are most frequently required when an individual is performing a job that requires access to sensitive or classified information. Roles that often require security clearances include military servicemembers, civilian defense contractors, and private information technology specialists.

However, other jobs (like secretaries, event planners, or even librarians) that ordinarily would not seem to require special access to sensitive materials may require a security clearance if an individual is working in an office where classified materials are available, or in a classified setting. Ultimately, it is up to the department, agency, or company to determine the positions that require a security clearance, and at which levels.

How to Get (and Maintain) a Security Clearance

The first step in obtaining a security clearance is a thorough and comprehensive background investigation. This is typically conducted by DSCA investigators, but contractors also perform this role.

The type of background investigation conducted is linked to the security level that is required; for instance, a National Agency Check with Local Agency Checks and Credit Check (NACLC) is conducted for access to Secret or Confidential information, while a more rigorous Single Scope Background Investigation (SSBI) is required for the Top Secret level and may include polygraph tests or a psychological evaluation.

After the investigation is completed, the results are studied by DSCA’s Consolidated Adjudication Facility, which is the final authority in determining who can obtain a security clearance.

Security clearances remain valid for a certain period of time (5-15 years, depending on the level) and at the discretion of the federal government or contractor. Individuals whose security clearance has expired may require a reinvestigation in order to renew their clearance.

The Value of a Security Clearance

Possessing a security clearance should not be undervalued, since they can take a long time to acquire and the process is costly for the government to conduct. In fact, individuals holding active (that is, not expired) security clearances often have an advantage when competing for positions across the national security landscape as many employers seek candidates that have already been vetted.

This can make it easier to be hired for a job in the civil service, federal positions, DoD contractors, and similar roles that may require a security clearance.

For transitioning servicemembers and veterans, it is important to keep track of when your last personnel security investigation was completed as well as your clearance level and its expiration date.

Also, it’s advisable to maintain an up-to-date log on past addresses and travel (both foreign and domestic) as well as contact information for close friends, family members, and employers (including military commanders) just in case an investigation needs to be initiated. You can keep track of this information in a file on your computer, or use a service such as Evernote. It will save you hours of time when you have to renew your security clearance or if you need to apply again.

Thank you to all my clients and colleagues for naming me a Five Star Professional Real Estate Agent 2011 - 2018. It is special to be recognized for such an honor, particularly since it is coming from my clients and peers. I look forward to working with you again.

This information is deemed reliable but not guaranteed. You should rely on this information only to decide whether or not to further investigate a particular property. BEFORE MAKING ANY OTHER DECISION, YOU SHOULD PERSONALLY INVESTIGATE THE FACTS (e.g. square footage and lot size) with the assistance of an appropriate professional. You may use this information only to identify properties you may be interested in investigating further. All uses except for personal, non-commercial use in accordance with the foregoing purpose are prohibited. Redistribution or copying of this information, any photographs or video tours is strictly prohibited. This information is derived from the Internet Data Exchange (IDX) service provided by San Diego MLS. Displayed property listings may be held by a brokerage firm other than the broker and/or agent responsible for this display. The information and any photographs and video tours and the compilation from which they are derived is protected by copyright. Compilation © San Diego MLS